Your dinner could be worse: the garish taste of garum 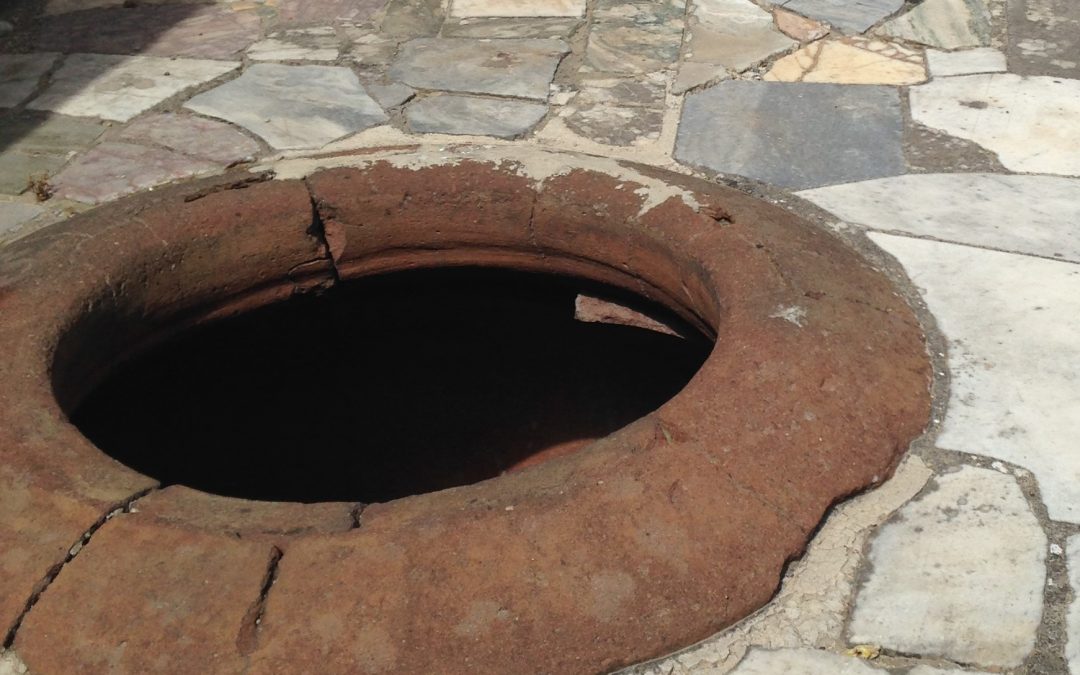 Imagine you’re in a Roman fast-food restaurant. (And yes, they had lots of fast food restaurants in Rome, although I’m not sure any of the arches out front were bright yellow) Instead of ketchup or soy sauce or even salt, you might be dousing your meal with a sauce known as garum. 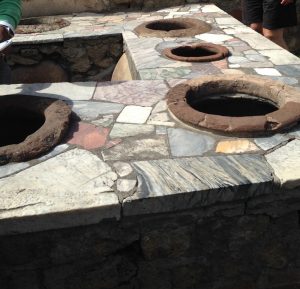 It was hugely popular among rich and the poor alike, although the versions downed by the different classes varied a great deal in quality.

Food historians are still not entirely certain how the Romans’ garum was made because the oldest surviving recipe dates to about 900 A.D. Period food recipes from Roman gastronomical experts like Apicius include the copious use of garum, but they do not describe how to make it because most Romans bought the sauce ready-made from a factory.

We do know that was made from fish scraps (like tails and innards) laid in jars with layers of salt. As the salt drew out moisture from the fish, a brine developed. The fish pieces would be weighted down to keep them submerged in the liquid. In the medieval recipe that survives, those making garum are advised to ferment the salted fish in the sun. If you were unwilling to wait that long for your salty fermented fish taste sensation, the brine could be boiled with oregano and grape must until reduced.

Even those who used garum regularly referred to the smell as “putrid.” Those who were not fans of the popular condiment called it “that liquid of putrefying matter” (Pliny the Elder) or the “expensive liquid of bad fish.” (Seneca) 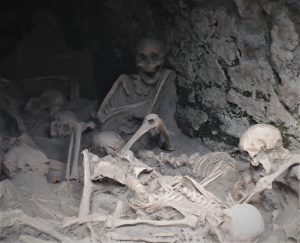 Apicius recorded methods for remedying garum that smelled foul. It could be fumigated with laurel and cypress, or seasoned with honey and spikenard.  (Spikenard is the musky perfume poured on the feet of Jesus by a woman who may or may not have been named Mary, depending on which account you read.)

It’s a pretty fair guess that even garum that had not gone bad would still smell unappetizing to most modern western palates. However, Asian cultures started using similar sauces at roughly the same time as the Romans, and the popularity continues to this day. (Several years ago, I bought a bottle of fish sauce at the Asian grocery shop for use in a recipe. The bottle broke on the way home and the bag smelled so awful that I decided that recipe would forever remain untested in my house.)

Most of the information in the article came from Salt: A world History by Mark Kurlansky. I am currently working on a story set in Pompeii, so have been studying all things Roman. The first photo shows the counter of a fast food restaurant in Herculaneum, which, like Pompeii, was buried and preserved when Vesuvius erupted. The second photo shows some of the unfortunate people waiting near the docks for a rescue that never came. They may or may not have been fans of garum.