Witches where you don’t expect them 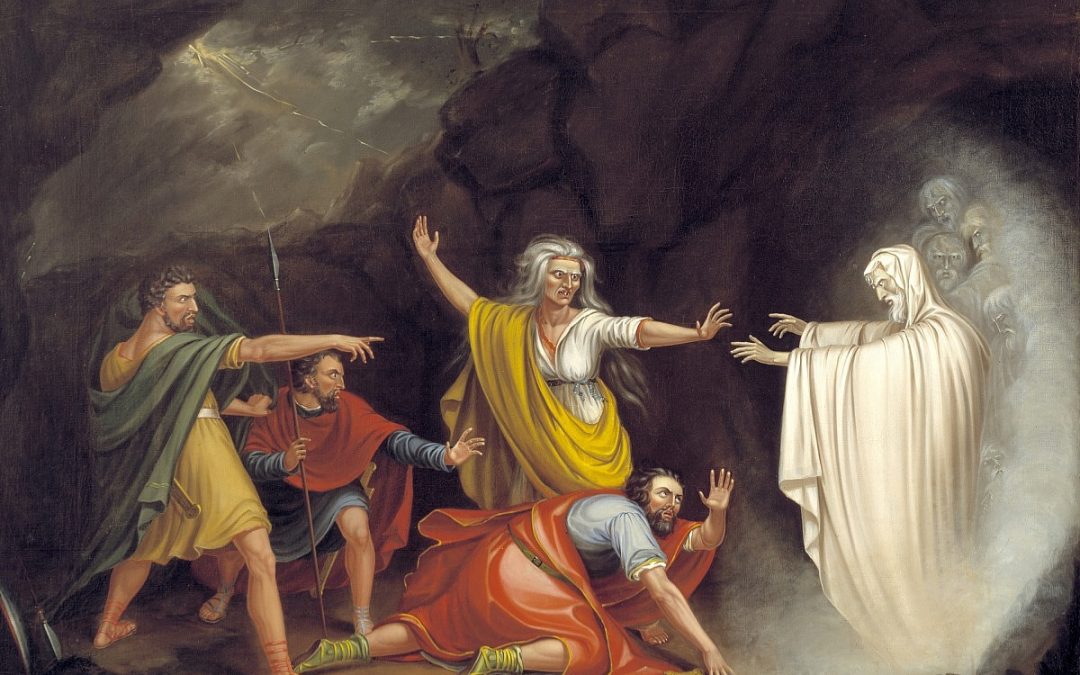 I’ve found witchcraft in some pretty unexpected places, so in honor of All Hallow’s Eve, I thought I’d share a few.

There’s witchcraft in the Bible, for starters. Although the Lord tells Moses in Deuteronomy that His People aren’t allowed to practice sorcery or divination, He never says that those practices are fake, only that they’re not permissible. In fact, the Bible contains several matter-of-fact accounts of supernatural happenings. In 1 Samuel 28, King Saul pays a visit to the Witch of Endor, a medium who calls up the spirit of the prophet Samuel from the dead. The witch had been in hiding because Saul had ordered that mediums and spiritists should be put to death. But in a moment of weakness, the king asked his advisors to see if any were left in the land. 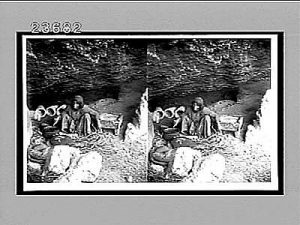 He goes to the witch in disguise, but as soon as the spirit of Samuel appears, the witch realizes she has been tricked, and begs for her life. Meanwhile, Dead Samuel is not at all pleased about being disturbed and brought back up into the world of the living. Saul explains that he is frightened, that enemies are attacking and God no longer answers his prayers so he called up to Samuel to ask him what to do. Death has not made Samuel particularly sympathetic—he tersely reminds Saul that God has turned against him and given his kingdom away, just as he said he would. And by the way, he adds, you and your sons will be down here with me tomorrow.

So finding the Witch of Endor was not nearly as profitable as finding a genie in a bottle, at least not for Saul. Other magic tales in the Bible include a New Testament story where, Paul removes the psychic abilities of a slave who made her owners rich by telling fortunes (Acts 16:16-18) and the accounts in Exodus Chapters Seven and Eight where the Egyptian pharaoh’s magicians turned sticks into snakes and made frogs come up out of the ground.

Getting back to witches, though, we have a three volume book on witchcraft to turn to for guidance, and it’s written by none other than King James of King James Bible fame. He wrote his Daemonologie about six years before he issued instructions for the new Bible translation, when he was king of Scotland but not yet of England. I don’t know if the order in which he took on the projects demonstrates where his true interests lay or whether it had something to do with being in Scotland and maybe being hailed as Thane of Cawdor by some local hags.

In any case, while the entire book is dedicated to exposing witchcraft and those in service of “the Devill,” Volume Two details the practices of witches and sorcerers in particular (Volume One covers necromancy and Volume Three deals with ghosts). Unlike the necromancers who were motivated by curiosity, according to James, witches are motivated by a desire for either revenge or greed for worldly riches. To mock God, the devil sometimes has his slaves (i.e. the witches) meet in churches. James says witches have confessed to not only meeting the devil in church but also to expressing their adoration by “the kissing of his hinder partes.” And then there’s some mention of him appearing as a goat. I do think that would noticed (the kissing the hinter parts of a goat) if it happened in church on a Sunday unless the congregation was asleep due to a witch’s spell or a really dull sermon.

While there are no mentions of spells per se, James does explain how witches manipulate wax figures or pictures to make people ill. He says the devil enables witches to fly through the air and make people love or hate each other and control the weather. He also says that women are twenty times more likely to become witches than men because they are the weaker sex and more liable to fall into the devil’s snare.

Or maybe they think the idea of flying through the air, messing with people’s love lives and causing freak storms sounds like a lot of fun. I have to admit, even though I know it’s wrong, James does make witchcraft sound a little too appealing. Maybe that’s why we never learned about Biblical witches in Sunday School.

The image of the Witch of Endor come from the imagination of William Sidney Mount in 1828 (Smithsonian American Art Museum, Gift of International Business Machines Corporation) and photographs taken of the Cave of Endor by Dutkewitch in 1910 (from the Underwood & Underwood Glass Stereograph Collection at the Smithsonian)