Why Do We Care that it’s Friday the 13th?

Many superstitions date back to the medieval days when people believed that you could tell if your neighbor was a witch based her buoyancy in the local pond. But the “bad luck on Friday the 13th” thing doesn’t show up in lore until fairly recently. Why?
My guess is that someone was bored. I can just picture an older obnoxious brother who noticed two “unlucky” features coinciding on the calendar and deciding to terrorize his younger siblings with stories of all the horrid things that could happen on that rare day. 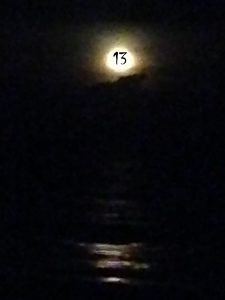 Both the number 13 and the day Friday developed reputations as being unlucky, but there is not much reference to this reputation until about 200 years ago. Starting in the 1800s, reports circulate about people who were afraid to begin a new task on a Friday, sometimes going to great lengths to begin on Thursday night so that any work on Friday would be merely a continuation of work and not a new beginning. For example, a man who hired a team to harvest his crop noticed that his crew went out to make their first cuts late Thursday night even though they were not being paid for their time. They wanted to be sure they did not begin the job on Friday because it was bad luck. But this was in 1933, long past the era of witch hunts and trial by ordeal.

Similarly, references to the number 13 as unlucky also do not often appear until the 1800s, even though the reason for the superstition is supposedly due to an event happening two thousand years ago. The most common explanation for the avoidance of the number 13 is that there were thirteen men at the table during the last supper. Judas, the disciple who would betray Jesus, was the 13th man to sit down. (At least according to the lore. I don’t remember the seating order being listed in any of the gospels.)

In any cases, 17 centuries later, rumors began to circulate that if thirteen people sat down to dinner together, one of them would die within a year. Later, the story evolved so that it became the 13th guest to sit who was in danger. There are stories of hostesses making all their guests sit at precisely the same moment so that no one would be that unlucky 13th. Sounds silly, doesn’t it? But look in the elevators of taller buildings even today and you’ll see that we still hate to label something as the 13th.

By the way, just as the bad luck associated with 13 is due to the Last Supper, the maliferous associations with Friday also most likely relate to the Bible. Friday was said to be the day Eve fell prey to temptation in the garden and doomed mankind to a life of hardship. It was also supposedly the day God threw the world into confusion at the Tower of Babel and the day of the great flood. Never mind that the Bible says the flood lasted more than one day–they were all Fridays. Or maybe it started on a Friday. Who knows? In any case, Friday is traditionally observed as the day of the Crucifixion, and that is probably where the bad reputation began. Interestingly, though, the one day of the year we commemorate the Crucifixion, Good Friday, is considered to be full of good luck.

So you take the unlucky number 13 and have it fall on an unlucky Friday and presto! You have a day that should be filled with disaster. The funny thing is, it isn’t. Yet still we take note of the day and we laugh at our “ancient” superstitions, not realizing they are about as ancient as the airplane. Why do we care? Still haven’t quite figured that out.

My unluckiest character is Heyward Elliott in The Appearance of Impropriety, though I don’t think any of his bad fortune fell on Friday the 13th. In addition to the bad luck he suffers in the story, he also has the misfortune of being HORRIBLY depicted on the original cover of the book–definitely my least favorite. Fortunately, the book is about to be released with a cover which focuses more on Helen’s science experiments than on Heyward’s unfortunate appearance.