Why are These the Dog Days of Summer?

Dogs often do not appear to enjoy the dog days of summer. It’s hot, and they’re stuck wearing a fur coat that they can only shed one hair at a time. They can’t even sweat to cool off. 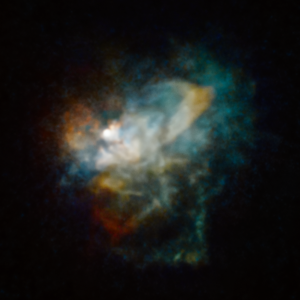 But the term “dog days” has nothing to do with fur or even dogs. The origin of the term does, however, have a lot to do with the heat of summer.

During the dog days of summer, the star Sirius seems to rise in the morning at the same time as the sun, at least in the Northern Hemisphere. The ancient Greeks and Romans believed the combined heat from our sun and Sirius is what made the days so hot during this time period.

Sirius is the brightest star in the Canis Major (aka Big Dog) constellation, so many refer to it as the “dog star.” In our society, where we tend to watch electronic screens more than the night sky, Sirius is best known as a character in Harry Potter. A character who had the ability to change into a dog.

For the ancients, the Big Dog constellation represented one of the hunting dogs of the demi-god Orion. Not being as visually creative, I think the constellation looks like a bunch of bread crumbs on a black granite countertop. Admittedly, this is what all constellations look like to me, so it’s a good thing I wasn’t put in charge of naming them.

In any case, the alignment of Sirius at with the sun occurs in late July each year. The 20 days before and after that alignment make up the dog days. This year, the dog days ran from July 3 to August 11. That means it should be cooling off throughout the rest of August. 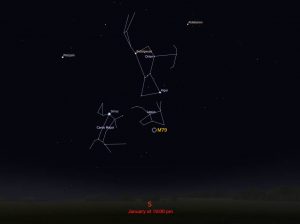 Make sure the weather forecasters know that.

Not that you could tell from the way my dog lays around all day in the air-conditioned house.

——————————
You can learn more about the origin of the dog days on the National Geographic and the Farmer’s Almanac websites and see some great pictures on the NASA website. The top picture shows a “huge nebula of material” ejected by the hypergiant red star “VY Canis Majoris” in the Big Dog constellation. It’s huge, violent, and 300,000 times brighter than our sun.

To enjoy a dog’s perspective on a trip out of this world, check out Toto’s Tale, which tells the story of the Wizard of Oz from Toto’s point of view.