The Last Thing I Expected to Find on a Battleship: Cake Wars 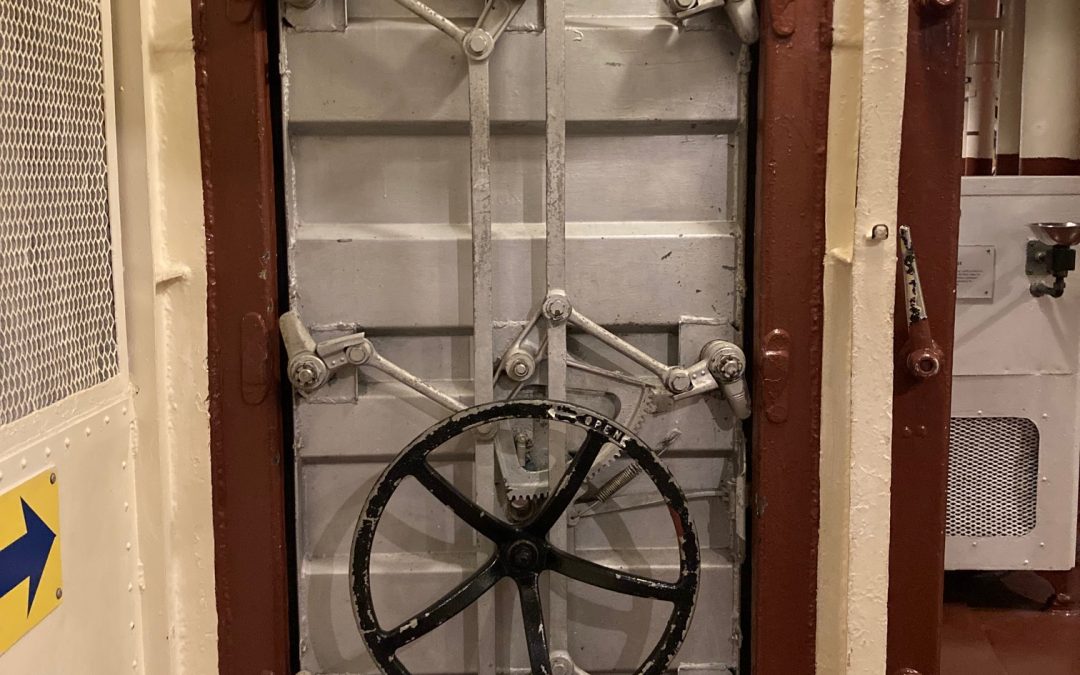 The Battleship North Carolina, more than 36 tons of steel boasting powerful guns and unexpected speed, engaged in every major offensive in Pacific theater during World War II. Now, of course, the guns are quiet, and instead of racing around the Pacific to protect aircraft carriers, the North Carolina bobs in an inlet of the Cape Fear River.

Rather than sighting enemy subs in troughs of giant waves, the ship’s scopes look into apartment buildings in downtown Wilmington. The hoards of sailors who lived and worked aboard have been replaced by curious children and parents wondering just how many more levels they will have to climb down before they will catch up with them.

I don’t know what I expected to find when we toured the ship. Guns, and that old metal smell. Descriptions of battles. My dad’s tenure in the Navy started before the official end of WWII, so the history of the North Carolina didn’t seem that historic to me. I would have visited the ship much sooner if it had been commissioned for the War of 1812 rather than something as recent as the 20th Century.

I didn’t know what I was missing. It is the stories that make this site—and any historic site—come to life, and the ship is filled with stories. 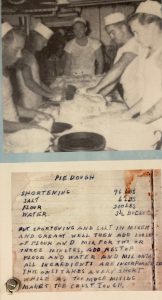 Life in a Battleship Bake Shop

The stories that surprised me most concerned the Bake Shop. It never occurred to me that a battleship would need a full-scale commercial bakery onboard. I guess I assumed that the seamen of the 1940s ate weevil-infested hard biscuits just like seamen on a ship of the line in the 1840s.

Not quite. The crew in the Bake Shop on the North Carolina not only baked fresh bread every day, but also pies, cakes, and doughnuts. They even produced fancy decorated cakes for birthdays and other special occasions.

When they weren’t actively fighting, the crew produced at least 340 pies every shift, using broomstick handles to roll out the crust. A staff of six or seven started work each evening to make the bread and desserts for the next day. Their recipe for pie dough includes 96 pounds of shortening and 200 pounds of flour. Water was literally measured by the bucketful. Any pies left at the end of the dinner shift might be passed to friends or traded for cigarettes.

Although the seamen of WWII weren’t forced to live on wormy old ship’s biscuit stored in barrels, they did still frequently find bugs in the bread due to cockroach infestations. One sailor said they always held their bread or biscuits up to the light to check for black spots. Sometimes, they found so many spots they thought they were raisins. 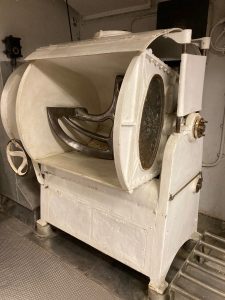 For the most part, however, the seamen looking back on their experiences reported that the food was pretty good. (However, the captain once had to assign an armed escort to protect a mess steward who served bologna too many days in a row. The captain feared the men might throw him overboard. After a few weeks, they finally changed the menu and the complaints died down.)

A visit to the North Carolina would be frustrating for someone who has a hard time with stairs. There are numerous decks and tight spaces to explore, and it is fascinating to delve into this steel city that housed 2300 men times of battle and daily routine. Fortunately, the battleship website includes many of the fascinating stories of life on board, and those are available to everyone.

For more information about the North Carolina, visit https://www.battleshipnc.com/about-the-ship/.

If you enjoy stories set at sea, you might like my books featuring nautical adventures in the 18th Century, Avery’s Treasure and Langley’s Choice.