Who Took the Wine out of the Symposium?

If someone invited me to a symposium I would assume I was slated to hear a bunch of academics giving far more detail about a topic than anyone, including the other academics, could possibly stand to hear. The very word itself sounds dry, dull and serious.

Or it least it did until I learned the original meaning of the term during a recent visit to the Baltimore Museum of Art. 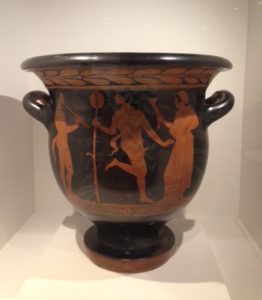 The description of the objecgt pictured here, (which in my educated opinion would be referred to as an “old-looking vase with pictures on it,”) informs visitors that the vessel is a “krater” which was used in ancient Greece to mix wine at symposia. The museum description then parenthetically defines symposia as “drinking parties.”

I had to find out if this was true, and if so, who was responsible for sucking all the fun out these things — time for some research on symposium history.

I quickly guessed the persons of my gender may have been to blame. Because I learned that a symposium was a drinking party for men and it was typically held in the Greek version of a man cave — the andron. The only women allowed in were prostitutes, typically expensive ones. So it sounds like a stag party, except that instead of holding it once in a man’s lifetime, it might be held once a week.

Typically, the men would lay on couches in the andron, eat, drink wine from large shared vase-things called kylix, and then, since televised football hadn’t been invented yet, they would entertain each other with songs and poetry. While some of the talk and music might have been intellectual, I’m guessing that depending on how many times that kylix was passed around, the entertainment often turned pretty raunchy. They even played drinking games, including one in which participants swirled the sediment from their wine around in a kylix and then tried to fling it at a target. 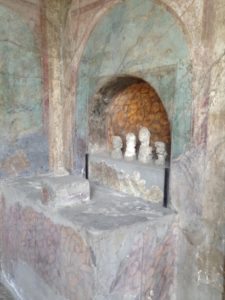 Apparently at the start of the evening, the men would elect a leader, referred to as the president or the “lord of the common drink.” He would be in charge of mixing the wine in the krater, determining how strong the drinks would be and how often it would be shared around. In ancient Greece and Rome, wine was diluted with water before being served to keep guests from getting too drunk. However, historians speculate that the wine was much stronger than modern wine, so the men weren’t necessarily drinking the ancient equivalent of wine spritzers.

In a play written in 375 B.C., the Greek God Dionysus describes the drinking progression at a symposium, specifying that sensible men stop after the third krater. The first was to be dedicated to the drinkers’ health, and the second was dedicated to love and pleasure. The third was made for sleep, so the sensible men were supposed to yawn, call the ancient Greek equivalent of an Uber, and go home.

But the kraters for the not-so-sensible would continue. Number four was for bad behavior, number five was for shouting, number six brought out rudeness and insults, number seven was for fighting, number eight was for breaking furniture, number nine was for depression and number ten was for “madness and depression” perhaps not necessarily in that order. 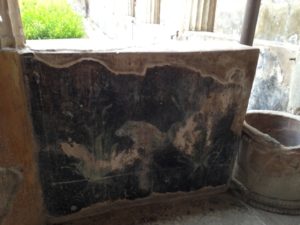 So how did we get from this kind of symposium to the kind where academics discuss stuff with no kraters in sight?

My first suspicion was the women. If they weren’t invited, maybe they conspired to make the events boring and certainly less messy. If there’s no wine, no guests will be trying to hit targets with it or anything else.

But the women might well have been having their own parties in their part of the house. So instead, I’m going to blame the Victorians. While earlier generations enjoyed reviving fashions from the ancient world and might therefore have revived the practice of holding symposia, the Victorians took great pride in sucking the fun out of everything. Instead of spending money on wine to entertain their guests, they saved their money to buy silver plated knick knacks to impress their guests. Is this just my bitterness at having to polish all the silver plated monstrosities that we’ve inherited? Probably. But I would still lay my money on them. 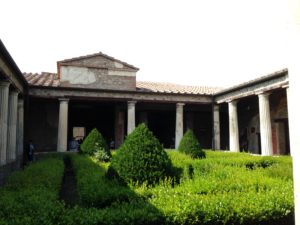 However, I haven’t done much (okay any) research on this. So if you know why these ancient Greek drinking parties are now as much fun as a trip to the dentist, let me know.

In the meantime, I think I’m going to find a krater for my next party. If I call it a symposium, I can probably write it off on my taxes.

The first photo in this article is the only truly relevant one – it shows the krater from the Baltimore Museum of Art. The other pictures are from Pompeii rather than Greece and while some of the features in the photos could theoretically have been used as a target in a “swirl the kylix” competition, I have no evidence that any of them were. But Pompeii is an amazing place and well worth seeing despite the hype.

If you enjoy reading about drinking parties, you might like my book Avery’s Treasure. Now that I think of it, though, all of my historical books either feature drunken characters or characters dealing with the disastrous consequences of their drinking parties. All I can say is that I’m dedicated to researching the old ways of life!