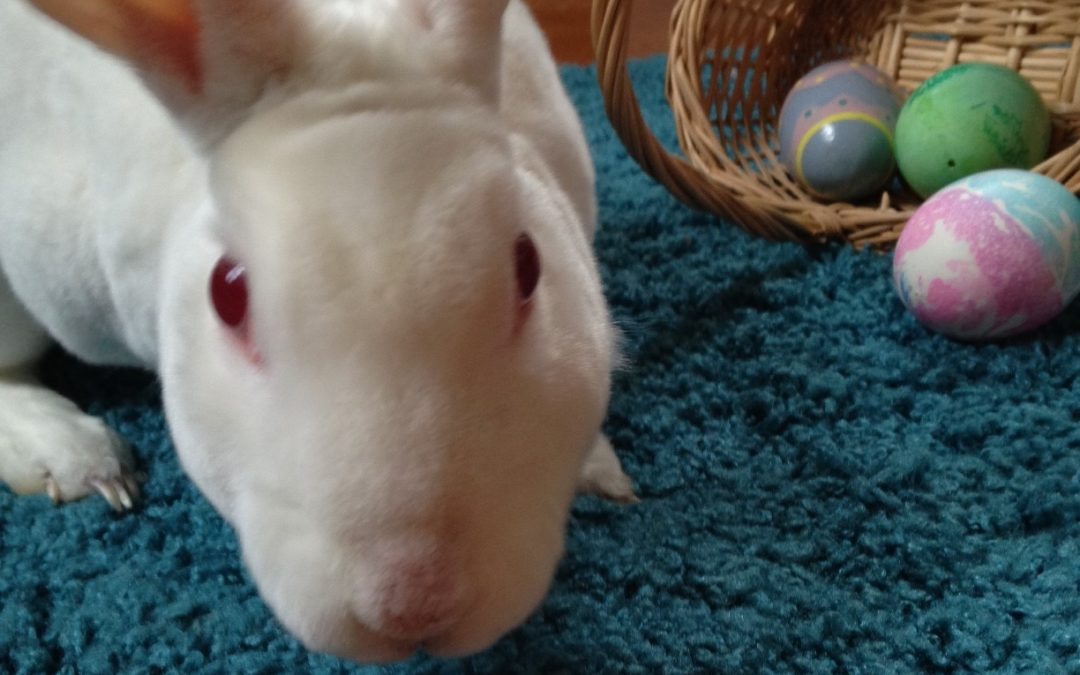 Each year at this time, I wonder why we expect children to believe that a large furry rodent hops around the world passing out chocolate and hiding colored eggs on the night before Easter.  Santa Claus is tough to explain to a discerning fourth grader.  The Easter bunny is downright impossible.

So I finally did some research. I learned that like so many holiday customs, the Easter bunny and colored eggs originated with pagan celebrations that Christian missionaries adapted to smooth the transition for their new converts.  Eastre or Oestre was the Saxon goddess of spring — and offspring.  Her earthly symbol was the famously fertile rabbit.  Eggs, too, have been a symbol of spring and new life in numerous cultures, documented at least as far back as the ancient Egyptians, Persians and Greeks.

When Christians started to celebrate the resurrection on regular basis, it made sense for them to adopt this popular symbol of new life.  People exchanged decorated eggs, the rich embellishing theirs with gold leaf while the poor dyed theirs with herbs and flowers.  (The ubiquitous plastic eggs that kids use now somehow lack the same charm.)  In the seventh century, Pope Gregory the Great placed eggs on the list of forbidden foods during Lent, so they became a special treat to be enjoyed at Easter.

It seems to be the Germans who connected the eggs and rabbits together, although, as far as I know, rabbits have never laid eggs, even in Europe.  The connection dates back to the sixteenth century, and sugared pastry rabbits were produced in the early nineteenth century.  German children would also build “nests” in a secluded place in the house or barn where they hoped the magic hare “Oschter Haws” would leave them a clutch of colored eggs.

Settlers brought this tradition to America, and eventually, we learned to make it marketable.  Why set out your old bonnet for the magic hare when you can leave a brightly colored basket?  And these days, most children don’t consider real eggs much of a treat.  So we buy chocolate, marshmallow and jelly eggs.

In the end, the dentists might possibly end up with the biggest Easter treat of all.

If you like stories about messed up holiday traditions, you might enjoy my tale about Christmas ghost stories gone awry, Bride of Belznickel.