Pirates of the Algarve: Not the Highlight 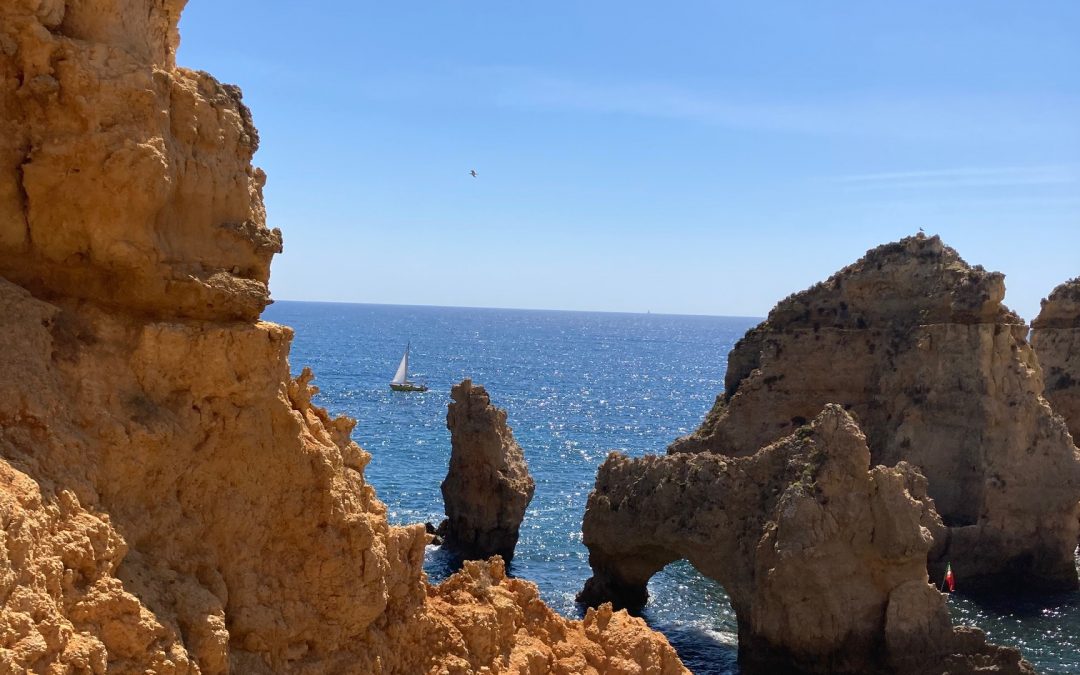 Algarve, the southernmost province in Portugal, was the first stop on our cruise around the Iberian peninsula and I have to admit I did zero research on the history before we left. 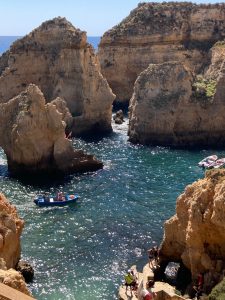 That was a mistake.

Besides being beautiful, the land has a truly interesting history. 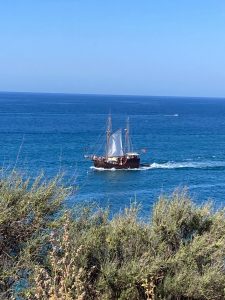 Of course, since we arrived on a ship and one of our first sites after getting off the tour bus was a fake tourist version of a more authentic replica 15th Century Portuguese caravel, I wanted to know about pirates. The rugged rocky coastline looked like the perfect setting for a movie about smugglers or pirates or smugglers fighting pirates.

When I researched “Algarve pirates” the first thing to show up, of course, was ads for the tourist cruise on the fake replica caravel.

The second listing was the game schedule for the Algarve Pirates, an amateur American football team.

Then I got to the real pirates. When the Algarve region was under Muslim leaders from North Africa, the main threats of violence came from land raids from Christian kingdoms to the north. After the region became part of the Portuguese kingdom, threats started to come from the sea to the south. Pirates and privateers from Algiers and other bases in North Africa routinely raided ports all along stretches of the Mediterranean coast. 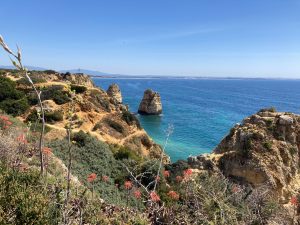 Over time, people simply abandoned their homes and moved inland to escape the threat from the Barbary corsairs. When the monarchs expelled the Jews from Spain in 1492 and forced all Jews in Portugal to convert in 1497, some (and possibly many) families moved to North Africa and joined the corsairs for revenge. The same thing happened again in 1609 when the Spanish exiled all people of Islamic background. In the Algarve, the pirates took fish and fishermen to sell as slaves. Barbary pirates remained a serious threat until the early 19th Century when royal navies of several nations started to turn serious attention to the problem. Only then did people start living along the coast again.

The Barbary corsairs were as colorful as the Captain Jack Sparrow-type characters that we tend to think of when we hear the word pirate. And they, like the Anglo pirates, were mercenary and really not something to be romanticized at all. But I think we all like a good revenge story, and many of the corsairs were out for revenge as well as loot. Instead of sailing big ships armed with cannon, they tended to raid from oar-driven galleys filled with men armed with pistols and blades. If a warship approached, they would flee rather than engage because they focused their efforts on shore raids and hand-to-hand battles with unarmed merchant seamen. 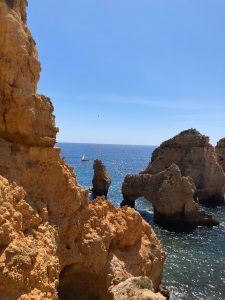 The pirates were not the most interesting part of Algarve history for me, however. Settlement in the area dates to the Paleolithic period, and the area was also inhabited by the Phoenicians, Cynetes, and the Lusitani, a Celtic tribe before the Romans took over in the second century BCE. The area become important to the Romans because of the need to protect the water trade route between the Mediterranean Sea and Atlantic Ocean. The regions’ fish were made into garum (a nasty condiment highly prized by the Romans) and trees of the land produced olive oil.

When the Romans pulled out, the Visigoths moved in about the year CE 500, but 50 years later the Byzantines took over, and 150 years later they were conquered by the Moors. They called the region “Gharb al-Andalus” referring to the location on the western edge of the peninsula, and it then became the Kingdom of Algarve when the Portuguese took control of the region in the mid-13th Century.

This then led to a bunch of drama with Spain which would take several more blogs to explore.

I definitely want to come back to spend more time in Algarve. As much as I love history, however, it may just be the scenery that lures me back. 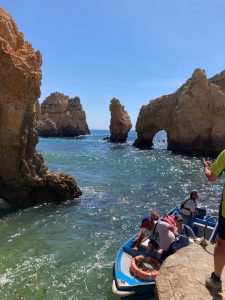 If enjoy tales about pirates and adventures at sea, you might like my books Avery’s Treasure and Langley’s Choice