Native American Cooking Techniques I Will Not Be Using this Thanksgiving

On a trip to Colorado years ago, we visited a site with replicas of ancient American cliff dwellings. The site is commonly decried as fake, but we enjoyed the opportunities to climb through the semi-accurate replicated dwellings, and we particularly enjoyed all the signs describing cooking, herbal medicine, and information about technology and lifestyle of the ancient Anasazi civilization. I think the most memorable sign for me described the way women would chew dried corn kernels until the starch turned to sugar, and that enabled them to sweeten a dish. (They lacked access to common sweeteners such as maple sugar, honey, and sugar cane, although in some regions they enjoyed eating the heart of the agave plant as a sweet treat.) 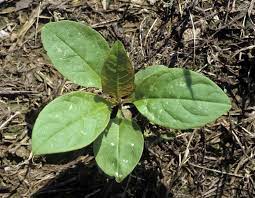 The Anasazi civilization thrived in the American southwest from as early as 1500 B.C. to about A.D. 1200, when something caused them to move from the valleys they’d inhabited for centuries and retreat to precarious dwellings in the cliffs high above the canyon floor. The Anasazi were the ancestors of the Pueblo Indians.

With this fascinating bit of history in mind, we visited the First Americans Museum in Oklahoma, hoping to learn more about the rich history of the people of this continent. Unfortunately, the museum focuses entirely on the destruction of the native way of life and only hints at the cultural wealth that has been lost.

In honor of the Thanksgiving, I wanted to share some interesting ancient American cooking information, like the Anasazi sweetening technique we read about.

One technique involved coating small game with about an inch of clay all over. The animal would still have the fur, scales, or feathers and would be totally encased in clay worked in thickly. (Sometimes they would remove the head or wings.) Then the clay-wrapped animal was placed on a bed of hot embers, covered with ashes and coals and additional wood added to keep the fire and heat going for about an hour. When it was done, the clay creature was pulled from the embers, and when they broke the clay, the fur, scales, and feathers stuck to the clay, leaving the meat ready to eat.

I have not been tempted to try this technique.

Many native cultures boiled food by putting cold water in a basket, or vessels made of skin or bark, or even directly in a bed of clay in the ground. They would heat stones in the fire, and add the stones to the water to heat the water. This protected the vessel from the fire.

This is also a technique I will probably never try. However, we used to make stone soup a lot when my kids were young, and we did start with an actual stone.

One dish that I may try sometime involves wild greens that most of us seldom eat such as pokeweed, ramps, sochan, and wisi. Some of these can be poisonous if picked when they’re too mature or if they’re not prepared properly. The Cherokee were known to parboil them and then fry them in animal fat.

I’m not going to try chewing dried corn to see if I can use saliva to get it sweet. For years, historians thought that was the secret to the ancient Peruvian corn beer chicha. Recently, they have uncovered brewing operations showing that the ancient women were using a malting process, and not a chewing process, to get the corn to ferment. I haven’t found any evidence to support (or disprove) the information I read about the Anasazi women chewing corn to sweeten it for their families.

I’m just not going to ever put corn on the menu this Thanksgiving, because that image is really hard to get out of my mind.

I have not written any stories with Native American cooking, but one of my favorite characters, Dominique from Avery’s Treasure, is based on Karana from Island of the Blue Dolphins who is in turn based on a Nicoleno Native Californian who lived alone on San Nicholas Island.

Some of the information in this article came from: