Mr. Darcy is Dartmouth – Mothers Today Are Not as Enlightened as We Think

As a senior in high school, my daughter is in the midst of her London Season—the 21st Century version. Two hundred years ago, the greatest aspiration of a young lady of her age was to enjoy a successful social Season in London during which she would attend balls, parties and other events with the single goal of making a match with the best possible husband. Her whole life led up to this one definitive season. She was taught the right skills including music, drawing, French and dance so that she would be considered “accomplished.” She was taught deportment and trained in polite conversation so she would appear “well-bred.” For years, everything a young lady learned from her mother, governess and other instructors was directed toward the singular goal of making her look as appealing as possible to a future husband. 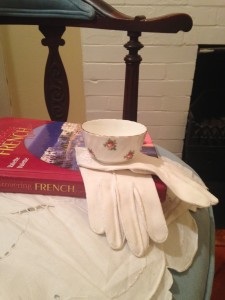 Today in 2016, we’ve thankfully rejected the idea that a young woman’s best hope for the future is to catch a rich husband with social standing. But before we congratulate ourselves too much on our superiority over the mamas of the past, we need to consider that we haven’t changed as much as we think.

My daughter did not take French lessons to make her self look accomplished to a future husband. She took French classes to make herself look accomplished to a future college. She took cello lessons for the same reason. And calculus, statistics, physics, chemistry and a host of other classes in subjects in which she had no interest – it was all to make her look good to a future college. For at least the last ten years of her life, much of what I as a mother and her teachers and counselors at school have encouraged her to do was not because we thought she might like the activity or even use the skills she acquired. It was because the accomplishment would look good on a college application.

In 1816, a young woman tried to make herself attractive to a husband with money and status. In 2016, we direct young women to make a match with a college with the perfect blend of reputation and scholarship money. Not so very different.

And now for my daughter Meg, the years of preparation have led to this one season – the season of applications and honors college essays and scholarship interviews. Potential suitors have been sending cards for years. She has been formally introduced to several of the institutions that her parents found suitable, but they did not always agree with her. One was deemed too formal in attire; another was overzealous in its profession of religion. A couple of institutions who impressed in our first meeting have proven to be somewhat inept as correspondents. (One college has repeatedly sent her postcards urging her to apply soon so that she would be eligible for a particular scholarship. Somehow it has slipped their notice that she not only already applied to their school, but also been accepted for admission and offered that same scholarship. This is not impressive.)

Fortunately the one thing that her London Season has that was not available to the young ladies of the past is a deadline. May 1 is recognized by all these potential suitors as the date by which she must inform them of her choice, so she need not fear that her preferred college will retract the offer to her in favor of another young lady if she does not give an answer right away.

Now finally during this season, she should learn as much as possible about these future college mates. Unfortunately for her, she has little time to do so, for she must still finish those unwanted classes in statistics and economics because even after she makes her commitment, the school can reject her if she fails to be as accomplished as she professed to be.

Instead, she will need to examine her own feelings. What does she want? Which school seems to have the best chance of making her future life happy? And this is where, as an ambitious mama, I finally need to step back, stop pushing her to do things to make herself look good, and actually let her make a decision for herself.

Let’s hope I’m up to the task.