For years, I thought that Juneteenth marked the date of the Emancipation Proclamation.
I was wrong. 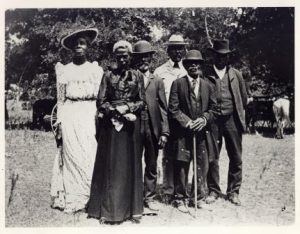 President Lincoln issued the proclamation, which declared “that all persons held as slaves” within the rebellious states “are, and henceforward shall be free” on January 1, 1863, but Juneteenth is celebrated on June 19. So after years of ignoring this holiday, I finally took the time to learn about the origins and significance of Juneteenth.
June 19, 1865 is the day that Union soldiers arrived in Galveston, Texas and told people that the war was over and that the slaves were free. This was 2 1/2 years after the president’s proclamation and more than two months after the end of the war, but the reception of the news that day in Texas was celebrated with such joy that June 19th soon became a holiday, a day to remember the first glimpse of freedom. Soon referred to as “Juneteenth,” the day is the oldest known organized celebration commemorating of the end of slavery.

On June 19, 1865, the commander of the Union forces, Major General Gordon Granger, read the following announcement soon after landing at Galveston:
“The people of Texas are informed that in accordance with a Proclamation from the Executive of the United States, all slaves are free. This involves an absolute equality of rights and rights of property between former masters and slaves, and the connection heretofore existing between them becomes that between employer and free laborer.”

While some of the new employees stayed with their employers, others left immediately to head for opportunities in the north or to reunite with family in other states. But old prejudices die hard, and it was difficult for many to forge their identity as free and equal citizens in a land that had only recently considered them property. Getting together with friends and family to each year to celebrate Juneteenth offered a chance to look on the successes, to see how much progress had been made, and to anticipate the future.

Often these early celebrations met with local resistance from prejudiced town leaders who refused to allow Juneteenth parties to be held on public property. Instead, families celebrated in church yards or out in rural areas. Barbeque was often part of the celebration, as were outdoor activities such as fishing and horseback riding. One special custom, especially during the earliest celebrations, involved wearing elegant clothing. During the days of slavery, laws in many places prohibited slaves from wearing certain garments, so Juneteenth became a day for wearing fancy raiment that would have been prohibited under the old laws.

Juneteenth was celebrated in Texas and other places in the south up until the early decades of the 20th century, when a variety of cultural forces caused the old holiday to dwindle away. But during the civil rights movement, the holiday not only revived, but spread to all different parts of the country. Two of the largest Juneteenth celebrations are now held in Milwaukee and Minneapolis – a long way from Galveston. In 1980, it became an official state holiday in Texas and there’s a movement under way to make it a holiday throughout the country.

But before it becomes a day when people take off work and school and shop special sales for furniture and cars, I hope people know what the day stands for. It harkens back to a moment in time when the promise of the Emancipation Proclamation — really just a bunch of political hot air in 1863– finally became a reality for a large group of citizens cut off from the political center of the country. It’s a reminder that inequalities can’t be righted overnight with the stroke of a pen on paper. It takes time, knowledge, acceptance and a willingness to forge a different future. The first Juneteenth marked a step in that journey, and each successive celebration marked further steps along that slow and painful path.

After events like the recent riots in Baltimore, it can seem hard to believe that we’ve made any progress at all. But we have, and we need to keep making those steps forward. Maybe Juneteenth can continue to be our guide.

2020 Update: I wrote this post in 2015 and now the holiday is finally gaining national acceptance. However, the steps along the path to change remain more painful than ever.

In honor of “Juneteenth,” I’d originally started writing a blog post about a local African-American hero, Benjamin Banneker. But then after I had most of it written and went to fill in details about Juneteenth, I realized I was completely wrong about the meaning of the day. So, I delved into the history of Juneteenth and wrote later about Banneker. While Banneker was a free man who lived and died long before the Emancipation Proclamation, he spoke out against the injustice of slavery as well as the prejudice he faced due to the color of his skin. Although events are cancelled this year due to the pandemic, look for future Juneteenth celebrations at Banneker Historical Park to be something special.