How Memorial Day Became the Start of Summer

When did Memorial Day become the start of summer? While some people lay flags on the graves of the fallen during Memorial Day weekend, far more people celebrate this solemn holiday by stripping off their clothes and heading for the nearest pool or beach.  When did this start?

Certainly, those who initiated the holiday would be horrified. 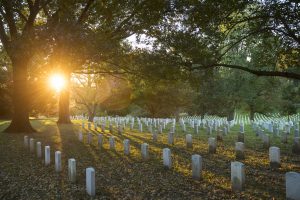 But that may be due to the clothing, or more specifically, the lack of clothing worn by modern celebrants. The holiday originated in 1866 while the country was keenly feeling the heavy losses of the Civil War. The town of Waterloo, New York, not only held ceremonies to honor the dead but also closed all businesses for the day. Within a few years, army veterans were calling for a national day of recognition.

Known as “Decoration Day,” the holiday was set for May 30, according to legend, because the greatest number of flowers would be in bloom. Laying flowers on the graves of those who died in service was the highlight of the event. The first Decoration Day was celebrated at Arlington National Cemetery, but in future years, the main events were sometimes held at Civil War battle sites.

As the Civil War faded from people’s memories, so did the solemnity of the holiday. While people might still visit the grave of a fallen family member in the morning, they began to spend the rest of the day enjoying their own recreational pursuits.   By the 1880s, people were already complaining that the holiday was being desecrated by sports activities. The trend continued, however. In 1911, Decoration Day served as the date of the first Indianapolis 500, and if anyone found it disrespectful, the complaints were quickly drowned out by the sound of enthusiastic spectators.

Decoration Day observances revived after both WWI and WWII and the holiday regained some of its gravity. However, in 1968, Congress passed a law that officially established the holiday as Memorial Day and, at the same time, ensured that its meaning would be overshadowed by a thousand beach umbrellas. 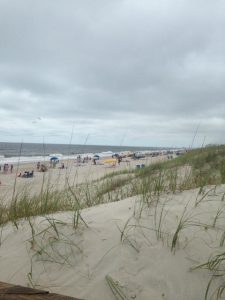 The Uniform Monday Holiday Act changed the date of certain designated holidays to give federal employees several three-day weekends. It is quite possible that the travel industry may have lobbied for this legislation, but workers did not object. The law designated Memorial Day as the last Monday in May. Although summer does not scientifically begin until the solstice on June 20 or 21, many parts of the country experience enough warm weather by the end of May to encourage the marketing of Memorial Day weekend as the start of the summer vacation season.

Memorial Day festivities often feature small moments of remembrance, but the day bears little similarity to the early Decoration Day observances. However, those who regret the change can take heart from the fact that the three-day weekend travel takeover trend was reversed with respect to Memorial Day’s sibling holiday, Veterans Day.  Although Veterans Day was also made a Monday holiday in 1968, within ten years, Congress had restored the date to November 11, the date of the end of major hostilities in the First World War.

While Veterans Day honors all those who served in the military as opposed to Memorial Day’s dedication to those who gave their lives in service, both holidays provide an opportunity to remember and thank those willing to do whatever this nation asked of them to protect the rest of us as we sit under our beach umbrellas. To those serving in the past, present, and future, I offer my humble thanks.

photo of Arlington Cemetery from arlingtoncemetery.mil/about. Photo of umbrellas on Carolina Beach on May 25, 2020 by Kate Dolan