When you contemplate Election 2020, it is pretty easy to despair for the future of our nation. But it could be worse.

Nearly 200 years ago, a relatively young United States endured an election cycle of truly nasty proportions. And that was without social media, televised ads, or even campaign trains. If we could survive the divisiveness of the ugly election of 1828, maybe there is hope for us beyond this wretched year. 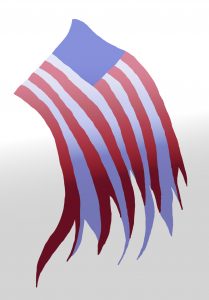 Just like with the 2020 election, in the late 1820s, resentment against the sitting president festered from the moment the previous election results were finalized. Also like the current situation, the 1828 campaign focused on personalities rather than issues.

The main political party of the era split after the conflicts in the prior election. Supporters of the incumbent president, John Quincy Adams, were referred to as the National Republicans while the party supporting challenger Andrew Jackson became known as Democrats.

During the previous presidential election, Jackson had won more popular or electoral votes than other candidates, but lost the election when the contest was decided the House of Representatives. It is pretty easy to imagine how he and his supporters felt cheated and ready to focus on any negative aspect they could find to make sure it didn’t happen again.

Historians often look back at this election as the origin of modern political campaigning, with all the unpleasant trappings that includes. When nominating their own political candidates for the 1828 election, the political parties focused on bashing the other candidate rather than highlighting the attributes of their own candidate. Both parties used favors to curry support from politicians and the media, yet criticized the other party as corrupt for doing the same.

Newspapers became increasingly partisan in their reporting, and new dailies sprouted like weeds as each side jockeyed to get their angry rants out to the public.

And what rants they were! By the time the polls opened, accusations against the candidates included adultery, pandering, and even murder.

Just How Ugly Was It?

Supporters of Adams claimed that Jackson was an unprincipled adulterer because he married a woman whose frontier divorce was not yet final. Never mind that the couple had a second legal marriage ceremony in 1794, over 30 years before the election. They were still lambasted as immoral lawbreakers.

To get even, supporters of Jackson claimed Adams had acted as a pimp while he was serving as a secretary to a diplomat in Russia, procuring women for the czar.

Adams supporters fought back by accusing Jackson of murder for his execution of deserters during the War of 1812.

Jackson supporters claimed Adams wasted public funds on gambling equipment. It later turned out they objected to installation of a billiard table in the white house.

In the end, it came down to the personalities. Really, the Adams campaign had more material to work with in the mudslinging campaign. Jackson was condemned for many barbarous practices including slave trading, dueling, and massacring Indians. His supporters could not dig up as much dirt on Adams.

But Adams was an intellectual and social elite in an election when the “common man” was first given the right to vote. Suffrage was far from universal, but by 1828, most states had abolished the requirement that a man needed to own property to vote. As the champion of the average man, Jackson easily carried the day.

The election of 1828 is remembered for years of negative press, backroom deals, and overall bad will.

It has already happened. We’ve engaged in epic mudslinging. The overall negativity surrounding this election could power the electric grid of half the country if we could somehow convert anger to kilowatts.

The question is, where do we go from here? The spirit of compromise that forged this nation has been rejected by popular leaders who favor an “all or nothing” approach. The ugly conflict is rapidly turning that into an approach where we all end up with nothing.

During the patriotic resurgence after 9/11/2001, I decided to explore the burst of patriotism that allowed our nation to break away from Great Britain. I discovered that the patriotism was expressed in a surprising number of ways. The result was my book Restitution, set in 1774.