Did the Romans Celebrate Halloween? 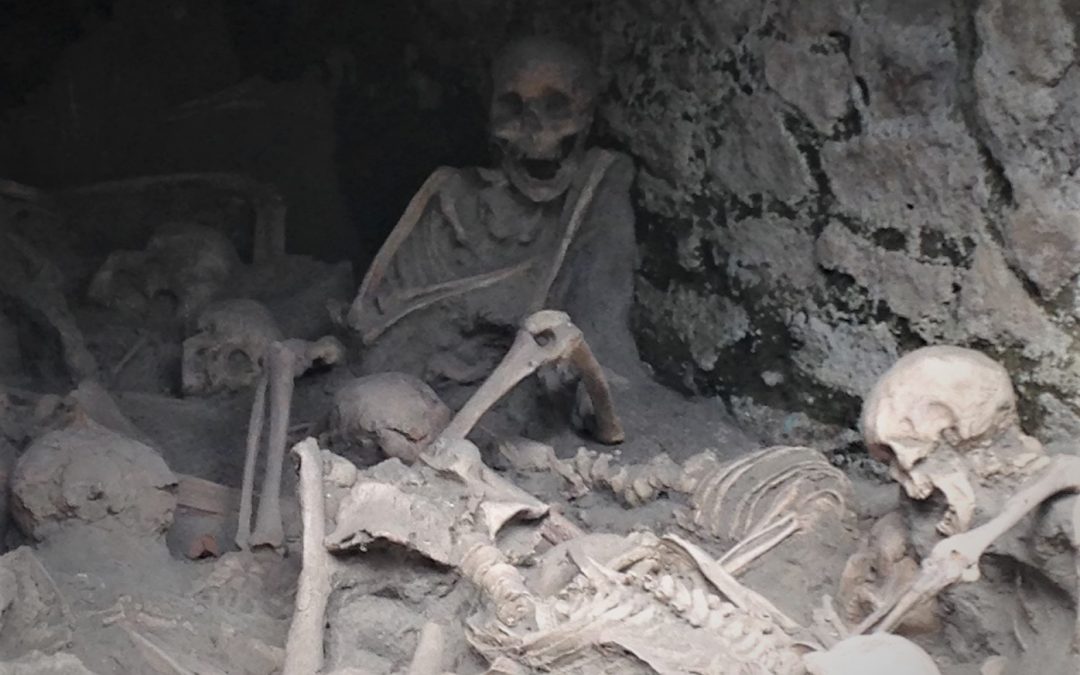 Halloween originated with the Celtic pagan rituals of Samhain, so it is not a Roman holiday. However, Romans celebrated two days in honor of the dead, and when the Catholic Church started imposing their own holidays on top of existing pagan holidays, they ended up combining the two Roman festival days in with Samhain to create All Saints Day and All Souls Day. (And the eve of the hallowed saints’s day is Hallow’een, so there is a tenuous connection.) 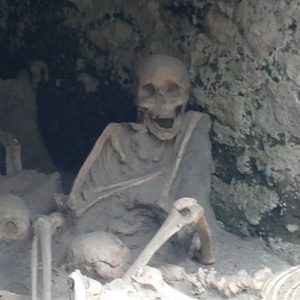 Samhain is based on the seasons – it marks the harvest and the halfway point between the fall equinox and the winter solstice. The dark time of the year was beginning. During Samhain, the barrier between the world of the living and the world of the spirits was thought to break down, allowing spirits of the dead (or just flat-out evil spirits) to roam the earth. Celts dressed up to avoid being kidnapped by monsters. Their festival also involved a lot of drinking and symbolic fires.

The Roman feasts were a bit more tame. Feralia, which was held in mid-February, was a festival to honor ancestors. People brought offerings of wreaths, grain, bread soaked in wine, and violets to the tombs. The offerings seem easy to manage, but apparently the penalty for forgetting them was pretty harsh. There are stories of a time when the Romans were too busy to make the offerings, and spirits rose from the grave, howling in anger as they roamed the streets.

The feast of Lemuria (sometimes called Lemuralia) was more like Halloween. This three-day festival was devoted to appeasing the lemures—the malevolent spirits of those who died untimely or violent deaths. Interestingly, although the festival lasted three days, they were not three consecutive days. Romans celebrated Lemuria on the 9th, 11th and 13th of May. The even-numbered days were omitted because they were considered unlucky. (So by default, that makes the 13th a “lucky” day…)

According to tradition, at midnight on the last day of the festival, the head of the household would walk through the house barefoot with a mouthful of uncooked black fava beans. He would spit out the beans in various places for the lemures to pick up. The beans were supposed to contain souls, and the spitting of each one was accompanied by the words “with these, I redeem me and mine.” After spitting out the last one, the head of the house would clap his hands (others in the house might bang on pots and pans at this point) and he would issue the order “Ghosts of my fathers, be gone!”

The Church Takes Over

Centuries later, Pope Boniface IV turned the final day of Lemuria into the Catholic feast day of All Martyrs. (He did this at the same time he converted the Roman temple to all gods, the Pantheon, into a Christian church honoring martyrs. In the photo at the right, you can see the Catholic altar in front of the ancient Roman brickwork.) 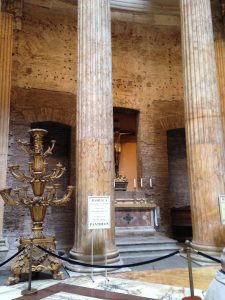 Then a couple hundred years after that, Pope Gregory IV moved the feast day to November 1 and expanded it to honor “All Saints” rather than just the martyred ones. A commemoration of All Souls that had started in some monasteries became popular and was added to the official calendar on November 2.

What’s the difference between the All Saints and All Souls Days? Good question. The answer is not universally clear, probably because beliefs and practices have changed so much in the 1,000 years since these holidays originated. Essentially, All Saints Day celebrates those recognized as saints (and possibly others in heaven) while All Souls day honors all who have died, with a special focus on prayers for those in Purgatory, the no-man’s-land of the underworld that has been kind of swept under the rug in recent years.

Mexican tradition combines the two holidays into a Day of the Dead celebration with sugar skulls and lots of imagery that suggests that death is not necessarily a time for mourning. And the Mexicans are not the only ones who indulge a sweet tooth with skeletal imagery. The Italian tradition of baking cookies known as ossa dei morti (bones of the dead) actually has ties to the ancient Romans.These cookies are made with the first almond harvest of the season. Another name for the treats is fave dei morti, because the cookies look like both finger bones and fava beans.

When the head of the household in Rome eats these beans, however, presumably he doesn’t spit them out as he walks around the house.

There are many sources of information about these holidays in honor of the dead. One of the most interesting that I found was written by archaologist Kristina Killgrove. 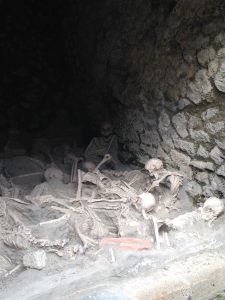 I’m currently writing a story involving ancient Roman culture in Pompeii. It will not involve Lemuria or Feralia, but the spectre of death will be very real, for obvious reasons. The photos of skeletons above were taken at Herculaneum in 2019 – they show victims of the Vesuvius eruption who were trying to get to boats to escape the town. I did not feel it was appropriate to take pictures of the casts of victims in Pompeii when I was there in 2017, but the figures at Herculaneum seemed to demand that I photograph them and share their story.

My only “spooky” story published so far is Bride of Belznickel.