Cinco de Mayo: What it is and What it Isn’t 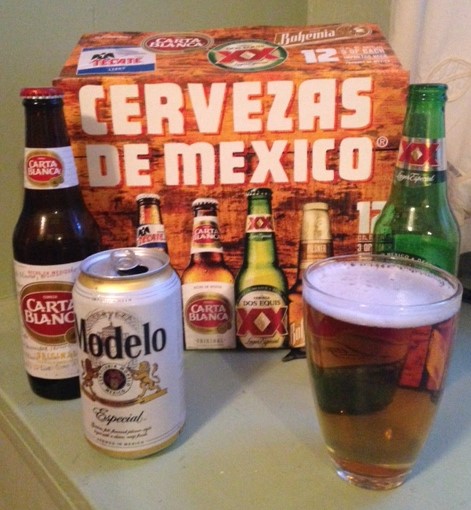 The fourth of July is celebrated as American Independence Day. But the fifth of May is not Mexican Independence Day. In fact, the day barely registers on the calendar in Mexico, except in the State of Puebla. Cinco de Mayo celebrates the victory of the Mexican Army in Puebla over invading French forces in 1862. This battle took place over 50 years after the Mexicans declared their independence, so referring to Cinco de Mayo as the Mexican 4th of July could be taken as an insult.

However, the battle reaffirmed Mexican independence from European control, much like the War of 1812 reaffirmed American independence. Mexicans celebrating Cinco de Mayo would be like Americans celebrating the repulsion of the British at the Battle of North Point in 1814.  In a way we do celebrate that momentary victory through our national anthem commemorating the struggle at Fort McHenry. But we don’t drink tequila in honor of that victory. So why the sudden urge for margaritas on May 5?

We could blame the beer and liquor distributors who pushed to make the holiday a big deal in the 1980s. But the story goes back farther than that. On nuevo de Mayo, 1862, Mexican president Benito Juárez declared that the fifth day of the month should henceforth be a national holiday.  Mexicans living in California reportedly began celebrating the holiday one year later. Celebrations remained fairly local until the mid-20th Century, when the popularity of the holiday began to spread across the U.S. as a celebration of Mexican culture rather than commemoration of a battle. Of course, the beer marketers were the ones who pushed for mainstream recognition in the U.S., just like marketers do most of the promotion for Mother’s Day and other days where we honor the sacrifices of others by buying stuff.

What happened on Cinco de Mayo in 1862? To understand the battle, it is necessary to look back into the state of affairs in Mexico leading up to the battle. After fighting their way through the Mexican-American War from 1846 to 1848, the Mexicans engaged in a three year civil war from 1858 to 1861 and bled the treasury dry. President Juárez decided to suspend payment of foreign debts for two years to try to regain solvency. This did not go over well with the countries expecting repayment of those debts. The English, French, and Spanish sent warships to Mexico to get their money. While the Spanish and English negotiated a settlement, the French decided to take advantage of Mexico’s weakened state to establish their own empire in Mexico.

The French army took the town of Veracruz and marched toward Mexico City. At Puebla, a much smaller Mexican army took a stand against the French and won a decisive victory. After the recent civil war, this victory helped foster a badly needed sense of Mexican unity and patriotism. Hence, the declaration of a national holiday. Unfortunately, a year later, the French came back with a bigger army, captured Mexico City, and installed their own emperor. (This could explain why the holiday never really caught on in Mexico.) However, the French were not able to keep their empire together for long. With threats from the U.S., guerilla resistance from the Mexicans, and war looming in their own back yard, the French began retreating in 1866.

At least nobody tries to color the beer green on May 5.

You can learn more about Cinco de Mayo https://www.nbcnews.com/news/latino/no-cinco-de-mayo-not-mexican-independence-day-here-s-n567041 and https://en.wikipedia.org/wiki/Cinco_de_Mayo.

If you enjoy stories about people celebrating holidays in unlikely ways, you might enjoy my stories Worth its Weight in Old, Bride of Belznickel, or An Excuse for Poor Conduct.