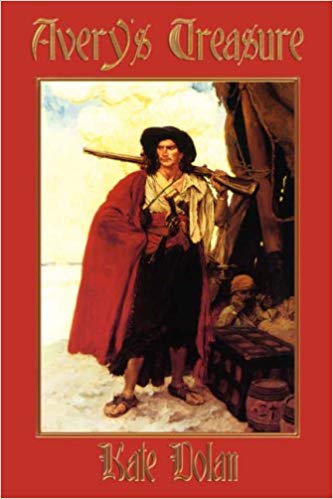 A search for the legendary treasure of Henry Avery leads a gang of pirates, adventurers and one nervous missionary on the chase of a lifetime…

A search for the legendary treasure of Henry Avery leads a gang of pirates, adventurers and one nervous missionary on the chase of a lifetime…

Arleigh Avery is not afraid of pirates.

Growing up on the Bahamian island of Providence, she often heard stories of the fabulous treasures of the Gang-i-sawai, the Great Mogul’s treasure ship plundered by her pirate father in the Red Sea years before. No one knows what became of the treasure, and her father will never speak of it. Were the gold and jewels taken from him? Lost? Spent?

Or has he hidden them somewhere?

When her father hears that England has sent a governor to Providence to bring order to the unruly island, he immediately makes plans to send her away, saying he fears increasing violence among the pirates. But Arleigh is not afraid of pirates. Though they land in Nassau all blustery and full of show, she knows they can be easily bent to her will with a tankard of rum and a little feminine persuasion.

Arleigh is not afraid of pirates. But she should be.

Because when she decides that setting sail with pirate Charles Vane is the best way to find her father’s hidden treasure, the pirates show their true colors. And though she hopes to keep the treasure all for herself, the time will come when she will welcome all the help she can get.

“Avery’s Treasure is a riveting tale of historical fiction, sure to please.”
–Midwest Book Review

“…romance” in the nineteenth century sense, in the subject matter of authors such as H. Rider Haggard and Robert Louis Stevenson… I thoroughly enjoyed it from beginning to end. I only hope that Kate Dolan continues to write more historical romances from this perspective of high adventure. You can be sure I’ll have my hand out to eagerly grab the next one. Well Done!!!”
–Janie Franz, MyShelf.com